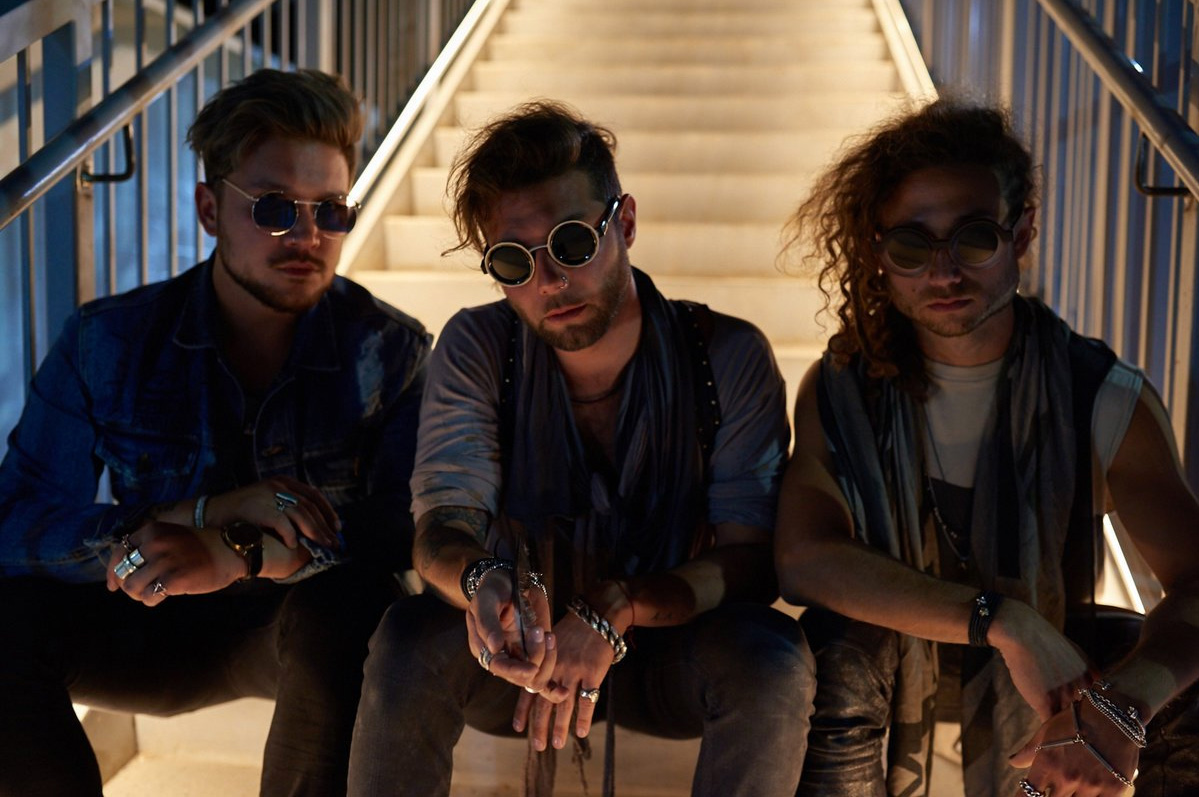 Josh Royse, Mikey Tucker and Taylor Hatty have spent years honing their quixotic alt pop/rock hybrid sound in the Las Vegas bars, casinos and festivals between downtown and that infamous global vein known as ‘The Strip’.  Cultivated by the scenes of Downtown’s snarky street art and venues full of sharp audiences who thrive in the vortex of abundant creation that is Vegas,

this trio of sonically adventurous cosmic heretics, bathed in neon lights, dodged the quick witted strippers with powdered noses, designer purses and cocktail conversations and, amongst this chaos, crystallized their creative triangle as a global bound pirate ship with a simple mission: to shine a light on the kings and their kingdoms – to expose the giants with the light of the sun; so they called themselves NakedElephant and began bridging the gap from pauper to paper, from kingdom to the coming, singing hallelujah as their curious and open minded listeners bathed in the enlightening lyrical labyrinth and sonic masquerade of their very own band.

SIGN UP TO THE NEWSLETTER BELOW, USING YOUR SOCIAL ACCOUNT OR EMAIL
SpotifyFacebookYouTubeTwitterEmail
Thank you for signing up!
THANK YOU!

Thank you for registering! We have sent a confirmation email to {USEREMAIL}. Click the link to confirm your email address.

Please check your spam folder for the email, if it does not arrive, click this link...

resend verification emailCancel
Emails will be sent by or on behalf of Universal Music Operations Ltd, 4 Pancras Square, London. N1C 4AG, UK. +44 (0)20 3932 6000. You may withdraw your consent at any time. See Privacy Policy at https://www.umusic.co.uk/privacy.html
By ticking the SMS opt in box and submitting this form, I agree to receive text messages from and about Naked Elephant (including prerecorded and/or by autodialer). Up to 20 messages per month per opt-in. Consent is not a condition of any purchase. Msg & data rates may apply. See Privacy Policy and Terms for further information.
Privacy Policy | Terms & Conditions